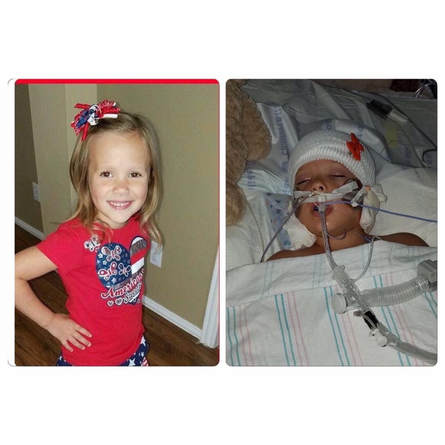 Zoe
​On Monday, May 21st, 2017 our family of four enjoyed a Subway sandwich on TV trays as we reviewed the highs and lows of our day.

Zachary, age 14, had babysat his little sister Zoe, age 5 while Chris and I (Ashlee) completed our work for the day. The kids had a low key afternoon watching movies and relaxing as most people prefer to do on a Monday!

After dinner, Zoe got a spark of energy and ran around the living room giggling and chasing her puppy. It was hard to get her ready for bed that night because she was ready to play!

About 9:00 PM we said our family prayers and retired to our bedrooms. Two hours later, Chris and I were abruptly woken by loud, blood-curdling screams from our kitchen. Zoe was walking aimlessly, eyes wild, unresponsive, screaming, "Mommy, Mommy, Mommy." We were terrified. I checked her bed and saw vomit. So, hoping this was just an awful stomach bug, I began to wash her sheets; when minutes later, she fell unconscious and we rushed her to the nearest ER.

The night nurse ordered a CT scan, which revealed a golf ball sized pool of blood on her brain. How did we go from running and chasing our dog to this? Our children have always been healthy and well.

Zoe was rushed to Texas Children's in downtown Houston, where the start of our darkest challenge began. The staff explained that Zoe was one of only one-percent of the population, who are born with an AVM, which is a tangled mass of blood vessels and arteries in her brain. Hers had burst. No explanation on where this came from or what caused it. Unknown to us, it was just there, now threatening our precious daughter's life.

As she lay comatose in ICU, her brain began to swell dangerously until the medical team decided it was time for surgery. It was a daily battle following the surgery. She lay in a medically-induced coma for three and one-half weeks, as we wondered whether she'd open her eyes again; and, if she did, would she even recognize us.

By the grace of God and the remarkable doctors they were able to remove the entire AVM with surgery. During her six weeks in TCH, Zoe slowly recovered. She relearned to walk, talk, feed herself and other daily things, as her brain rewired itself and her body strengthened.

Zoe will be at risk and scanned annually until adulthood. 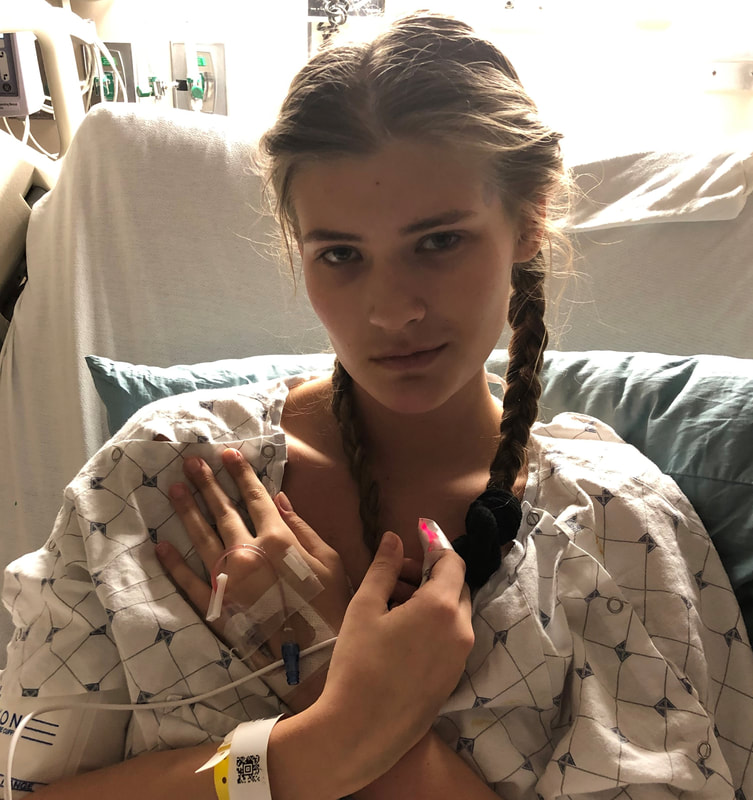 My name is Carly Nunn and I am 22 years old. I am a stroke, aneurysm, and AVM survivor. I had a craniotomy which successfully removed my AVM.

Here is my story.

In the early hours of November 13th, 2018, I felt dizzy and weak so I laid down unaware that anything critical was happening.  As I turned to grab my phone, my hand did not reach it. I tried to scream for help, but no sound would come out. After what seems like eternity, I scream and my roommate, who is an RN, came in and quickly figured out I had a stroke... but why?

After a CT scan, they had informed me that I had a stroke and a brain aneurysm, but they were not sure the cause until more tests were ran. Doctors discovered that I had an arteriovenous malformation (AVM) that had ruptured.  I had lost my ability to speak, walk, write, and read.

On November 21, 2018, I successfully had a craniotomy which removed the AVM. My stay at University of Cincinnati Medical Center consisted of 3 weeks in the Neurology Intensive Care Unit. After that, I entered rehab in which I relearned the basics of everyday life. It has been a very hard and emotional journey for myself, my family and friends. My AVM rupture was very difficult for myself, but my family were as supportive as any family could be.

​At age 21, I never knew what an aneurysm was, nor the potential signs and symptoms. I have been very passionate about advocating for those who have had a brain injury like mine and try to increase awareness about this subject to other young adults like myself and educate the public that young adults are affected by brain aneurysms, too. Because, every survivor is a son or daughter, brother or sister and families need support and education to help survivors flourish in their new “normal”.